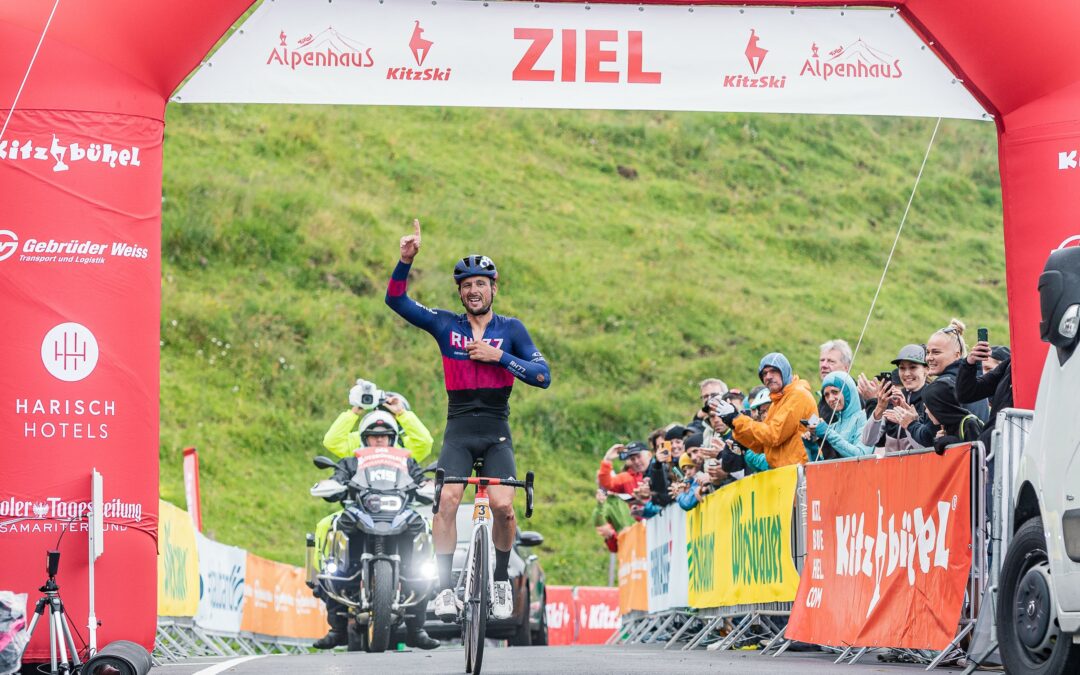 Johnny Hoogerland, a Dutchman living in Carinthia, won the 2nd edition of the Kitzbüheler Radmarathon after 216 kilometers and 4,600 meters of altitude in a record time of 6:36:23 hours, making peace with the legendary Kitzbüheler Horn. In the women’s race, the German Monika Fritz won after 7:35:34 hours.
“That was brutally hard,” smiled Hoogerland at the finish line on the Kitzbüheler Horn. Shortly before, the Dutchman had won the 2nd KRM ahead of Carinthian ski mountaineer Paul Verbnjak and local hero Patrick Hagenaars. Hoogerland thus finally made peace with the Kitzbühel Horn. “In 2015 I rode up the Horn at the Tour of Austria and at that time I grumbled about the whole climb, this time it was better,” smiled the 39-year-old. Monika Fritz from Holzkirchen won the women’s race: “This victory means an insane amount to me, I am very proud. It was wet, cold and extremely hard.” Fritz won ahead of the two local heroes Christina Sautner and Sabrina Exenberger. In the end, however, there were only heroes at the finish line. “We are totally proud of how much the Kitzbüheler Radmarathon has grown already in its second edition. Cycling has enormous potential in Kitzbühel,” said mayor and KRM idea giver Dr. Klaus Winkler. “Really great impressions, I am thrilled and proud that also employees of Gebrüder Weiss were at the start,” said Frank Haas, Head of Marketing and Communication at Gebrüder Weiss. “Great respect for these great performances. It’s great to see that the event is growing like this,” commented Josef Lindengrün, Marketing at Wiesbauer. “Already at the second edition there was a very good international starter field. The bike marathon adds very good value to Kitzbühel in terms of media and economy,” said Mag. Stefan Pühringer, Managing Director of Kitzbühel Tourism. “Everyone who takes part is a winner,” said Dr. Christian Harisch, Managing Director of Harisch Hotels, already at the premiere last year.